On June 15th, Satellite Santa Cruz will launch a new, bright and airy co-working space featuring plug & play business tools for entrepreneurs throughout Santa Cruz County including digital media professionals. The new 6200 sq. ft. facility, located at 325 Soquel Avenue in Santa Cruz, will feature private offices, as well as a large open-air shared work space with desks, couches, tables and chairs beneath a canopy of trees. Satellite Santa Cruz members will be able to take advantage of robust Internet and phone services, mailboxes, a conference / screening room, and many other workspace necessities.

With space and services rentable by the day, week, or more, local entrepreneurs will have 24/7 access to their Satellite offices and digital media space. The new co-working space gives people who work for themselves, a place to work together. The official ribbon cutting ceremony followed by festivities will be June 15th starting at 5pm.

Satellite Santa Cruz is a partnership supported by Satellite Teleworks and Community Television of Santa Cruz. 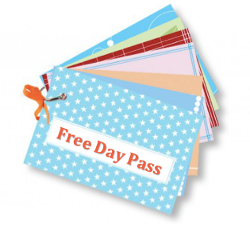 Get Our Latest News.

To see all of our locations and learn more about The Satellite, go to TheSatelliteCenters.com

CTV is a 501c3 non-profit organization

When you rent video equipment or use our studio or coworking space, you help support media education and public use for the Santa Cruz County.